In Honor & Memory: A Story of Defying Odds | Fitness One in Kernersville, NC

By opting into the web form above you are providing consent for Fitness One Training in Kernersville, NC to send you periodic text messages. Standard rates may apply. You can reply HELP at anytime or learn more. You may opt-out anytime by replying STOP.
ACCESS OUR SCHEDULE
& EXCLUSIVE WEB SPECIAL

By opting into the web form above you are providing consent for Fitness One Training in Kernersville, NC to send you periodic text messages. Standard rates may apply. You can reply HELP at anytime or learn more. You may opt-out anytime by replying STOP. 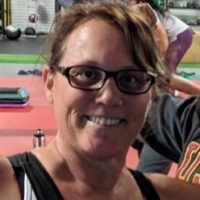 In Honor & Memory: A Story of Defying Odds

In Honor & Memory: A Story of Defying Odds

A Heartfelt Message from Allen Branch

I knew Charles because I once managed a facility where he tried to work out. Yes, tried. He told me that at this facility a few kids made fun of and laughed at him in the locker room because of his size.

He quit working out that day, and I couldn’t help him. The laughing kids had crushed him and he thought it just wasn’t worth it to be in the gym anymore. I was powerless and he never came back. It goes to show how deeply words can hurt someone without anyone else even knowing.

About 2 years later, I opened my own gym, Fitness One in Kernersville, NC, when I got a call. It was Charles. Now that I had my own facility, he was interested in me being his personal trainer to help him shed the weight. He was a big guy, and didn’t register on the scale. It was time to fix this, and he thought I was the only man who could help him.

I had to get involved. He was motivated and I knew in our environment people would get behind him, lift him up, and not bring him down.

We started our workouts with just some basic movements and Charles was out of gas fast. I knew that to keep him going I would have to be simple with exercise, focus hard on nutrition, and be sure to include lots of strength training; there was going to be a lot of weight lost fast, and I needed to prevent excess skin as much as possible.

Charles started my custom meal plan and began a 3 day per week training regiment. He tracked his food and followed my directions like a champ.

What happened next was nothing short of magical. The first 90 days were incredible, the next couple of months amazing. Charles lost 181 pounds in just 11 months, it changed his world… and mine.

He went from a shy guy who wouldn’t come to the gym during busy times, to becoming a certified trainer and helping with our new members. It was something to see. It motivated me to see this life change, and inspired us to go on and cause so many more incredible transformations.

Charles became not just my client, but my friend. After a few great years together, he was killed in a domestic violence dispute. I was heartbroken.

To honor Charles, this Month of July, years after his first day training with me at Fitness One, we will be donating a percentage of every new enrollment to help those involved with domestic violence.

Charles overcame incredible odds. You can do it too.